The building requalification project, which ended, was illustrated during the convention organised by Quotidiano Immobiliare at the Innovation Campus in Peschiera Borromeo

After two years of work, the modernisation of De Castillia 23 ended. It was only two years of construction site work, but it has a long and laborious history, as shown during the convention by Massimiliano Morrone, Head of Unipol Group’s Asset & Investment Management and Real Estate Management.

Designed in 2006 at Isola, near Stecca degli Artigiani (then demolished the following year), the building should have held the offices of Milano Assicurazioni. The design of the project proposed a complex with two buildings (12 and 3 floors) set at a 45-degree angle from each other. The lower building, facing Via Confalonieri, was intended for parking since an access ramp was planned for the space between the two buildings. Once the construction site was opened in 2007, the work was repeatedly blocked by court orders, until it was stopped permanently in 2012. While the appearance of the surrounding area changed, the unfinished building was an eyesore for the neighbourhood. The “Razor” as it was called due to the shape of its roof, is part of the real estate that the Unipol Group inherited in 2012 with the merger for incorporation of Fondiaria Sai. Right from the start, an in-depth study of all aspects for excellent modernisation of the architecture was carried out, and measures were taken to minimise the property’s impact on the neighbourhood. During Design Week 2017, the construction site’s scaffolding became a maxi screen and then a maxi projection surface was installed. In the meantime, CMR Project was appointed to redesign the complex. The designer was tasked with updating the shapes and integrating the building with the context, but above all, with paying particular attention to the energy behaviour. The building intended for parking was converted to services, with the demolition of the volume of the ramp. This avoids an increase in traffic in the area, better connected to Milan, just a few steps away from the Centrale and Garibaldi stations and vitalised by three underground lines. The toughest knot for CMR Project was the balconies, which project along all the floors of the building for more than three meters. It was decided to enclose them in a second casing made up of prismatic glass with a double effect of filtering the light (shielding the interior in the summer and letting the sun’s rays pass in the winter) and softening the building’s presence, reducing the impact on the existing buildings. And, that is not all. All of the flooring on the balconies, along with the façades, is made with porcelain gres treated with micrometric photocatalytic titanium dioxide, transforming the simple ceramic tile, which is traditionally inert, into a material that is not only eco-sustainable but also eco-active. The tiles can break down the most common pollutants found in the air we breathe through the action of the light and humidity it already holds — a plus for a building that is already sustainably supplied, and therefore without atmospheric CO2 emissions: energy comes from alternative sources – geothermal and photovoltaic (installed on the redesigned flat roof). The resumption of the works was celebrated with the decoration of the fencing boards around the site, which was entrusted to street artist Ivan Tresoldi, who reopened the dialogue with the citizens. Their removal will reveal a surprise for the citizens. The internal courtyard is open to the public and from Via Confalonieri it is possible to reach the Biblioteca degli Alberi. “In Milan - concluded Morrone - in what became the new centre of the city, the intervention on four existing buildings – the historic GalFa Tower, today a mixed-use building (among the first in Italy), De Cristoforis 6 (which became a hotel for the Una Group), De Castillia 23 (a building that was incomplete for decades); and Sassetti 27 (a former industrial building that will be modernised) – along with the construction of the Group’s new HQ were and are an opportunity to contribute to the rebirth of the area, introducing sustainable elements that will have a positive effect on everyone’s quality of life”. 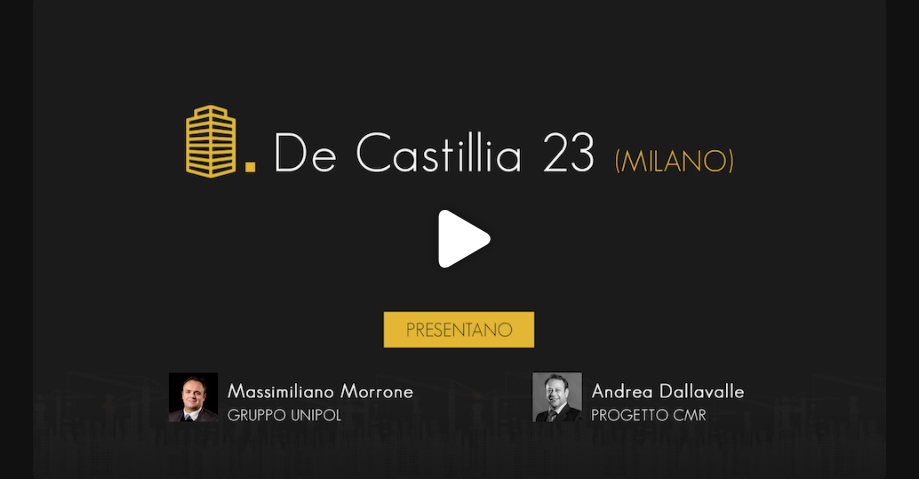